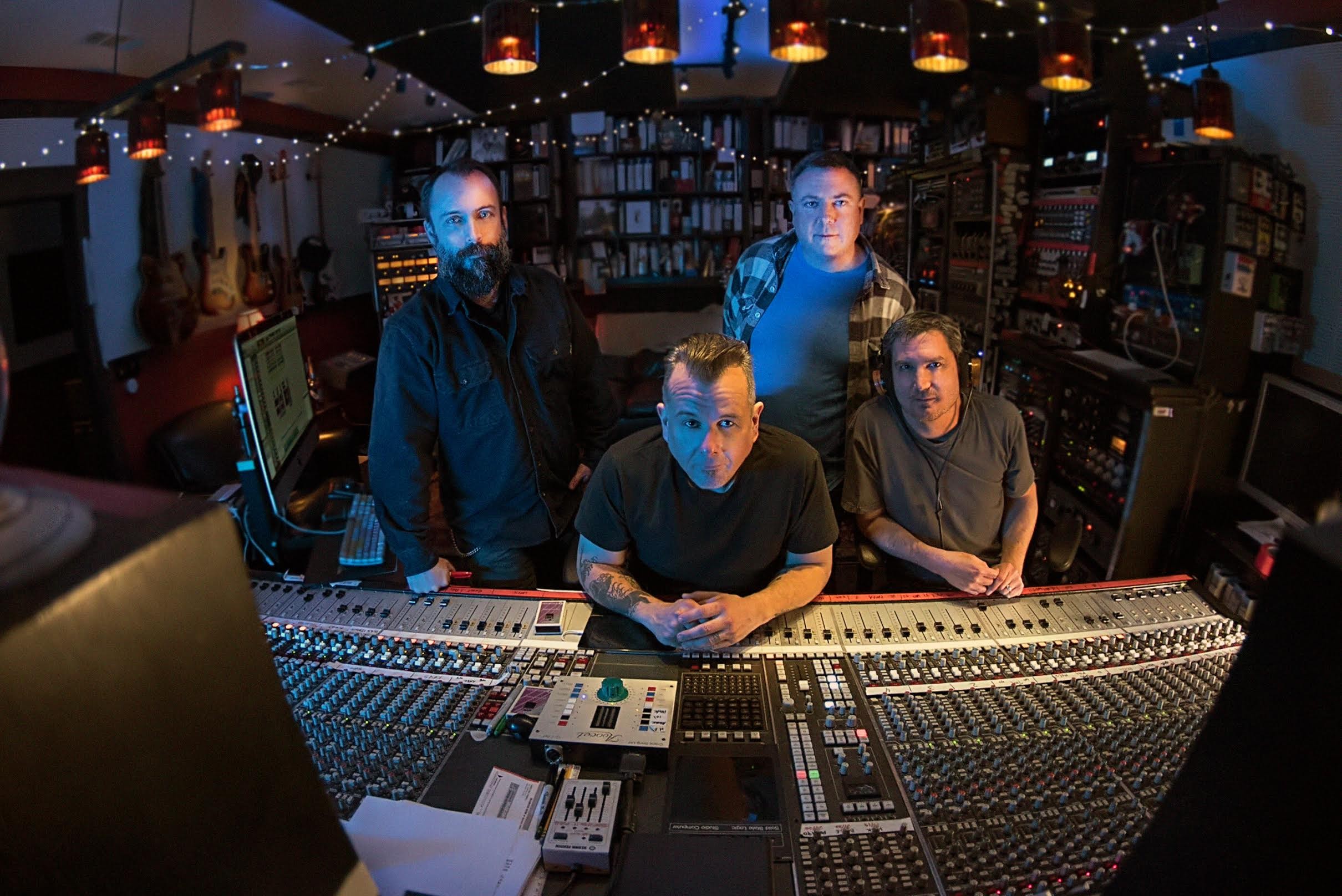 “Thirteen bloody litigators Feasting on the hog My God, Mable We got lawyers in Our barn”

Roughly 15 years ago I was introduced to one of the greatest bands of all time, Clutch. One of my friends was pretty big into metal and pretty heavy kinds of music, while I was more into String Cheese Incident and Widespread Panic. So to say we were on different musical planes would be an understatement to say the least. However, I’ve always been able to appreciate good music regardless which genre it subscribes to. For a general rule of thumb though, if all you’re doing is screaming and making noise I probably won’t enjoy it. Recognizing my interest in the jam my good friend, Dante, recommends a band called Clutch. His sales pitch was something along the lines of, “Hey you should check out this stoner rock/metal band called Clutch. They’ll be playing at Hairy Mary’s next week.”  I have the cd he let me borrow a spin in the ol’ CD player and was instantly a fan. My girlfriend and I decided we’d go to Mary’s and check them out when they came through. At the time I was a pizza delivery hippie and had shit for money. So when the door-man asked for 20 bucks each to get it, we had to pass. We were too poor to rock….

The second chance I had to see Clutch was at a hippie music festival called Moe’s Summercamp. This time around I was in, and I was pretty jacked about seeing their show finally! The time rolled around for their set and we strolled over to the stage they’d be playing. As we approached, I was slightly bummed to see they were set up on a flatbed trailer. I felt that a band such as Clutch deserved a main stage! To further my disappointment, hippie jugglers and goofballs were scattered in the fairly small sized crowd. Now I knew then just as I know now, Clutch was not playing to their main demographic. I also knew that any of these pot smoking long-hairs that actually gave the band a chance would be leaving their technicolored tye-dye mushroom shirts and sporting their newly acquired Clutch apparel. To make it short, this show was not the rock experience I had been looking for. To no fault of the band, they absolutely rocked it as expected. They were fucking bad-ass! It was just the atmosphere and the fellow listeners that kinda put a damper on the experience. 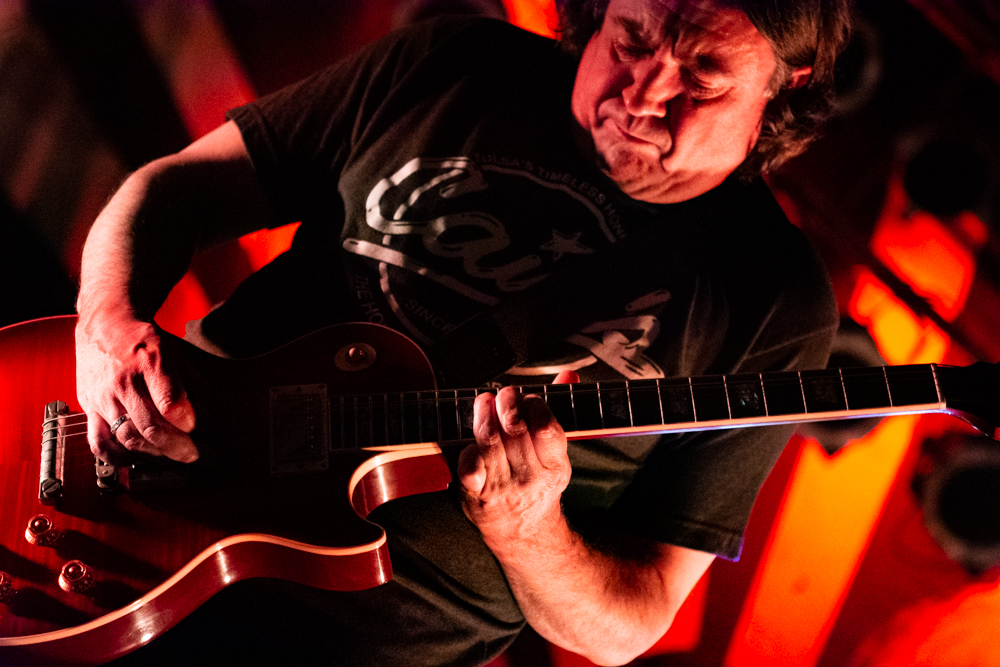 I’ve seen many shows at Wooly’s. Being a house photographer, you can count on me catching about one show per week at this venue. And I check out all genres of tunes. From rock to hip-hop, no matter, I like it all. Wooly’s is a pretty great venue with quite a lot of space, plenty of bar room and the sound is always spot on. The inside is decorated with street lamp style lighting and stuffed deer heads on the walls.

Fast forward to a much older, shorter haired, slightly skinnier and much grayer version of me and I finally received the dose of ROCK that I’d been searching for! Clutch announces they’ll be playing at Wooly’s here in Des Moines, Iowa. This is a show I’d not only been wanting to witness but also document. These guys are a long time favorite of mine and when it comes to rock, they’re the facking bee’s knees baby. 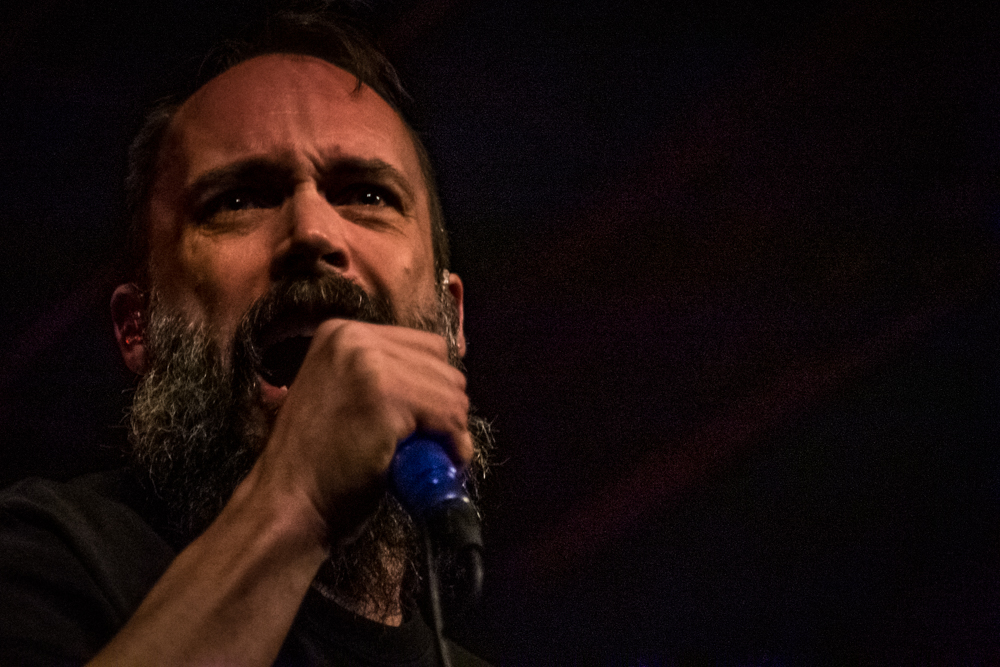 As I’m awaiting the beginning of the show I meet and talk with several other fans and friends. The excitement for these guys was not something I witness at a lot of shows. People were getting jacked for these guys to take the stage and several of them had seen Clutch play many times. When fans come to live show after live show, you know the shit be good. There are many bands I’ve seen that will just be a one time deal. On the other hand, there are several bands that I will see every chance I get. Clutch is definitely one of the latter, I will see them as many times as I can for LIFE! They’re that good.

The lights dim and the band takes the stage. Immediate melting of the faces commences. These guys take the stage like it is their stage, it always has been and it always will be. Neil Fallon, the frontman of the band, moves about the stage like a bouncing ball of electricity. Moving from one spot to another where he releases his energy for all of us to witness. Now, when I describe Clutch to people that have never heard them before I typically tell them it’s as hard and heavy as it gets while still understanding the lyrics. And the lyrics are spewed by what I’d describe as the most rock’n’roll voice in the history of everything that rocks. That may seem like an overstatement by those unfamiliar with the powerful sound of Clutch and the voice of Neil Fallon. If you are familiar and disagree, you are excused. 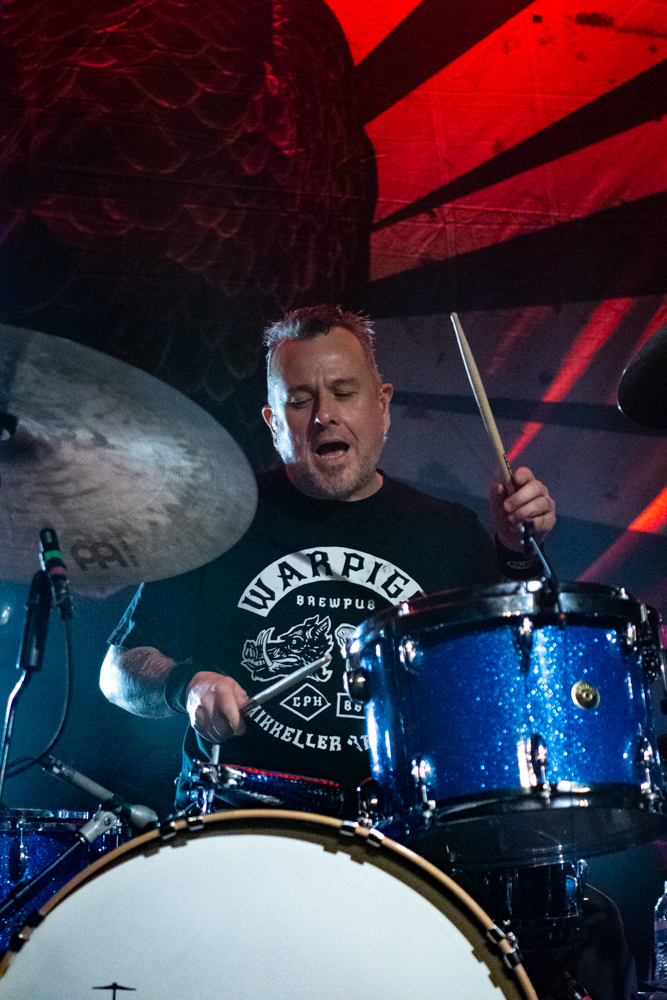 As the show went on, I realized that Neil made the small stage at Wooly’s seem like it was much much bigger. This wasn’t a bunch of dudes banging their heads and standing still. These guys dig the music they’re making and there was a lot of back and forth between the band and the crowd. You can attribute this to stage presence, which all band members possess. Or you can attribute this to something bigger… Like it was God’s Will to connect the fans with the band on that specific night. Unfortunately, god isn’t real so it was likely a mixture of kick ass music being sprayed all over the crowd and a crowd fueled on beer, booze and weed. Whatever the recipe for a perfect evening of total rock fury, it was one of the best shows I’ve witnessed. The fans were digging it, the band was digging it, I was most certainly digging it.

There are a few live shows that I put at the top of my list. At the very top is Sturgill Simpson’s performance at Hinterland 2018, three dudes under white light that totally destroyed the crowd. It was amazing. Everything else compares to that and Clutch was right up there with that performance. Neil Fallon is one of my all-time favorite musicians and I’ll never get enough. This is the scale I'm working with and I think the bar is set pretty damn high with Sturgill. But Clutch was amazing and I'd put them in the TOP 3 shows I've seen. I think that says quite a lot. And maybe there were other factors to enhance my Sturgill Simpson experience, I dunno. 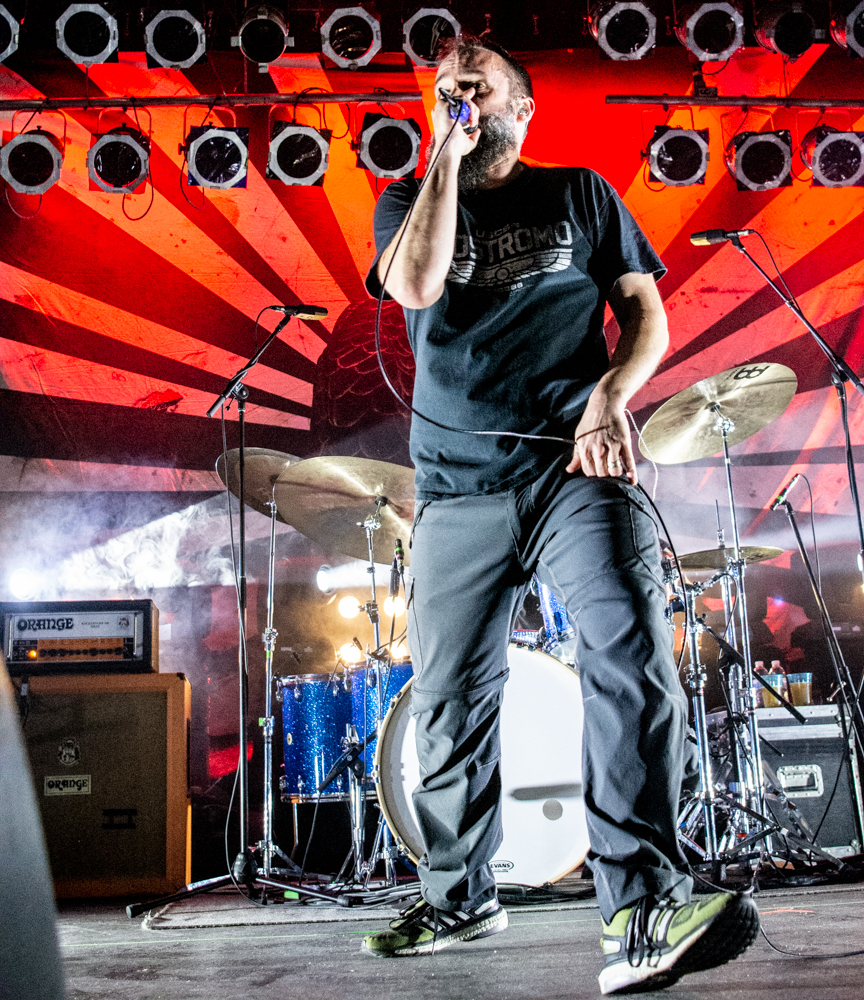 Give me a shout out!